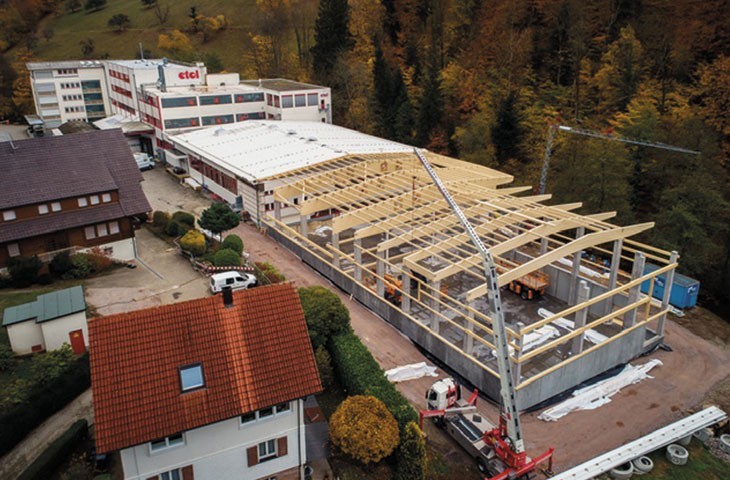 Since the middle of last year, the etol plant in Oppenau between Allerheiligen and Lierbach has been in full swing – the construction of the new production hall is in progress. After completion, the plant will have a further 600 sqm of production and storage space available.

Several tons of steel and concrete have been used for the construction of the base plate, the foundations and the interior and exterior walls so far. However, the greatest special feature is hidden inside the building – an impressive roof construction made of a total of nine spruce-wood laminated beams in two different sizes. One of the larger laminated beams measures 31.47 metres and weighs over five tons.